Istanbul is Turkey’s most popular city and isnt Turkey’s capital which some people think, thats actually Ankara. It sits on the narrow strait between the Black Sea and the Marmara sea in the north of the country. It straddles the Bosphorus and one side is the Asian side the other is the European side but both are linked by some magnificent bridges over the Bosphorus.

Istanbul was founded under the name Byzantion in around 660BC. It rapidly grew in size and influence and in 330BC it was re-established as Constantinople. It was Turkey’s capital for 6 centuries through Roman, Latin, Byazantine and Ottoman empires. As Constantinople it was the capital under Ottoman rule until 1923. The capital then moved to Ankara and Constantinople was renamed Istanbul.

Istanbul hosted 13.4 million tourists in 2018. Thats up by 24% from the previous year. The most tourists came from Germany. The city is crammed full of everything you will need from museums to markets. Istanbul is Turkey’s second-largest international gateway, after Antalya, receiving a quarter of the nation’s foreign tourists. Istanbul’s tourist industry is concentrated in the European side, with 90 percent of the city’s hotels there. Low- and mid-range hotels tend to be on the Sarayburnu; higher-end hotels are primarily in the entertainment and financial centers north of the Golden Horn.

Istanbul can serve you up anything you love to eat. From international cuisine to local specialities. Street food is a very popular attraction and you will see carts selling things like, corn on the cob, roasted chestnuts, simit and kebabs. All these carts are now licensed by the government and are strictly controlled.

If you want to try traditional Turkish food then a few places are recommended in the city. Resteraunts serving kebabs, pide, dolma, borek, chorba are plentiful and you dont need to pay the earth to have a great dinner. For anyone who isnt too adventurous then there are plenty of places that sell amazing fresh seafood and not forgetting a good old steak.

Istanbul’s position on an ancient trade route between East and West means that its inhabitants are merchants – and shoppers – to their core. From Ottoman antiques and fine carpets to jewellery and belly-dancing costumes, Istanbul offers a wealth of all things Oriental.

Istanbul is a paradise for shopping. You name it, Istanbul will have it. From the amazing 4000 plus stalls in the Grand Bazaar to modern high class stores, it has it all. If you want to take the tourist route then of course the Grand Bazaar is a must. It sells everything from clothes to spices and expect to get pestered by the locals but thats how it is, its an adventure.

Of course Istanbul is like any other city around the world and has lots of shopping areas. It has large modern malls with all the designer stores you could hope for. Nisantasi is where all the fashionisters go and look at the well known Turkish designers. So while your other half views all those historical landmarks, you can do some shopping.

There are lots of different places to stay in Istanbul that will accomodate any budget. From hostels to 5 Star hotels its all there. You can also save a lot of time by staying in an area that caters to your interests. Do you want to explore the historic and cultural side of the city without walking too far? Perhaps you want to indulge in a variety of sweet Turkish treats. Maybe, you want to have the best clubs and restaurants right at your front door. All of these things are possible if you stay in the right area of Istanbul.

Sultanahmet is the historic and cultural heart of Istanbul. It’s the oldest part of the city and is surrounded by bodies of water to the north, east and south, and old city walls to the west. This district is the best place to stay in Istanbul if you’re visiting the city for the first time. It’s within Sultanahmet’s quaint lanes and winding streets that you’ll find the majority of the city’s main historical, cultural and religious attractions. From Hagia Sophie to the Blue Mosque, many of Istanbul’s iconic landmarks can be found within walking distance of each other.

In recent years, Galata has emerged as one of Istanbul’s coolest neighbourhoods. It’s in Galata where you will find they city’s hottest nightlife scene. From trendy bars and stylish clubs to relaxed pubs and funky cafes, this neighbourhood has it all. For travellers and locals looking for a fun and vibrant night on the town, Galata is the destination of choice.

If you are flying directly to Istanbul then you will arrive at the brand new airport. Istanbul airport was opened in 2019 taking over from Ataturk Airport as the main international hub. It is very big and looks stunning.

Getting around in Istanbul apart from all the traffic you will have different options. Firstly the good old yellow taxi. With around 20,000 operating in and around Istanbul there will always be one near.  You take a taxi from the taxi stand or on the road. You tell the driver where to go. The cab driver runs the taximeter before moving. And when you reach the destination, you pay the total amount shown by the taximeter. Payment will probably be cash, credit cards are not accepted at most of the taxis in Turkey(there are exceptions in Turkey, especially D segment turquoise taxis in Istanbul accepts credit and debit cards). 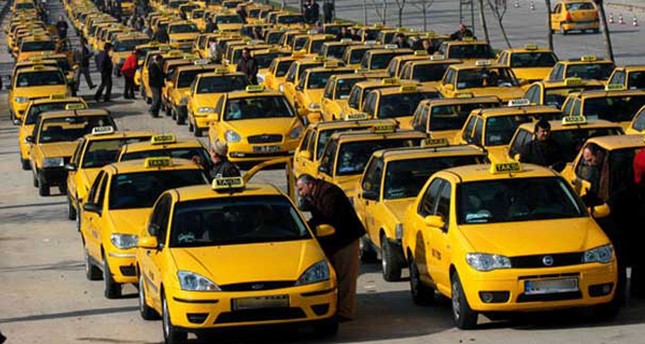 The ferry is a good way to get from the European side to the Asian side of the city over the Bosphorus. Rush hour starts at around 8AM and ends 6PM on weekdays, so lots of people commuting to and from work prefer to glide over the Bosphorus instead. There are three main ferry stations on the European side: Beşiktaş, Kabataş  and Karaköy. There is also Eminönü, from where ferries go directly to the Kadıköy Ferry Station on the Asian side.

Istanbul’s metro system has grown at an incredible rate over the last years, with more lines currently in construction set to open in 2018. Even though the metro lines can get very crowded during rush hour, they are one of the best alternatives for getting around. The European side has plenty of metro lines that connect all the major neighborhoods.

Istanbul has three tram lines. Among them, the T1 and T4 are the complete opposite of one another. The T1 Kabataş-Bağcılar tram line runs through the New City and can get you to the Atatürk airport, Sultanahmet Square and even to Taksim Square through a station near the area. The T4 Mescid-i Selam-Topkapı tram line runs through all the major tourist attractions in the Old City and gives you the opportunity to see the famous Chora Museum (alight at Edirnekapi station). You can also get nostalgic and get the feel of the old times by riding on one of Istanbul’s Nostalgic Tramways, which consists of the T2 line (on the European side) and the T3 line (on the Asian side).

CAPPADOCIA (THE LAND OF BEAUTIFUL HORSES)